Conscious is the photography and art project to expose how human irresponsible actions regarding plastic wastage and how it’s affecting our planet, oceans and wildlife. The goal of the project is to raise awareness in society about plastic pollution using art photography as a medium.
The purpose of the project is to make the society to be more aware and conscious about the use of plastic, minimize the use it and RE-ACT NOW! By being aware of the problem people should start to refuse the single-use of plastic, reduce and reuse it when possible. With the project Anna also wants to bring attention to the importance of recycling as much plastic waste as possible, this way reducing the contamination of the seas and oceans.

Plastic pollution is affecting every single living being on the planet Earth. Globally plastic recycling doesn’t even reach 20%. Almost half of the plastic is produced for one-time use, meaning it gets discarded afterwards. Every minute almost 1 million plastic bottles are sold globally, meaning a huge part of it goes to the oceans. Every year up to 5 trillion disposable plastic bags are used. Therefore, it is important to raise awareness of the plastic pollution problem in Mallorca, Spain and globally.

There are many movements and gatherings nowadays addressed to the recollection of plastic from the beaches and seas, but what is the most dangerous for the animals is microplastic. Microplastic is tiny pieces of plastic debris in the environment resulting from disposal and breakdown of the plastic waste. This is extremely dangerous, as small animals see microplastic as food.

Through photography, Anna wants to represent the impact of plastic pollution on animals and human beings. Four female models appear on the photographs representing the animals and humans heavily affected by the plastic waste. As an inspiration, Anna used documentary photography and negative plastic impact facts to create Fine Art photography, putting together reality and art. Mostly used white and blue tones were specifically chosen for photographs for the reason that the blue colour represents the sea and white – the clarity.

Plastic use is dangerously rising, as the world population continues to grow. As plastic is composed of major toxic pollutants, it is causing harm to our environment, affecting the sea, the air, the plants, the animals and human beings. Together we can make a difference by refusing the plastic, reducing the use of it, reusing when possible and recycling correctly. 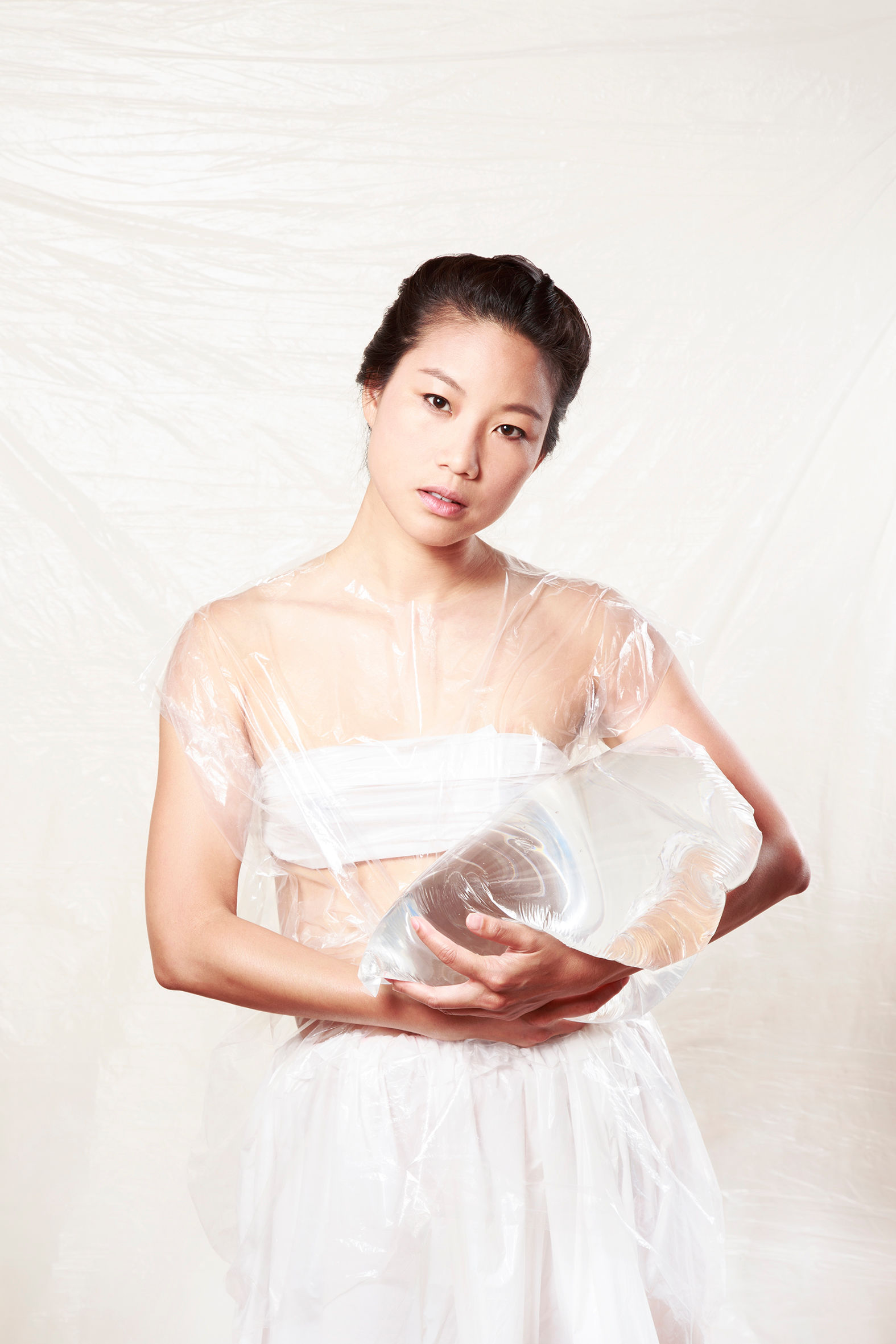 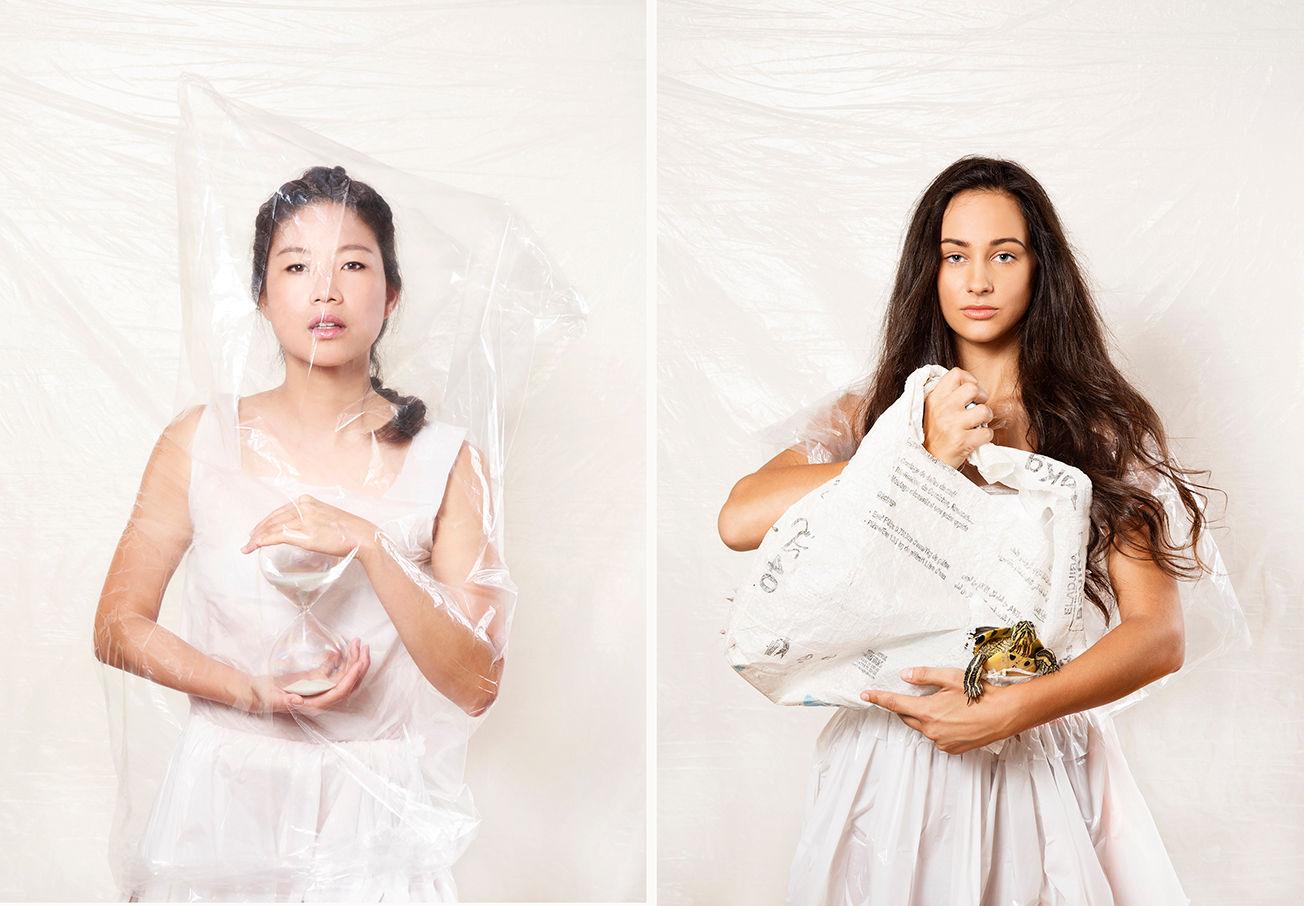 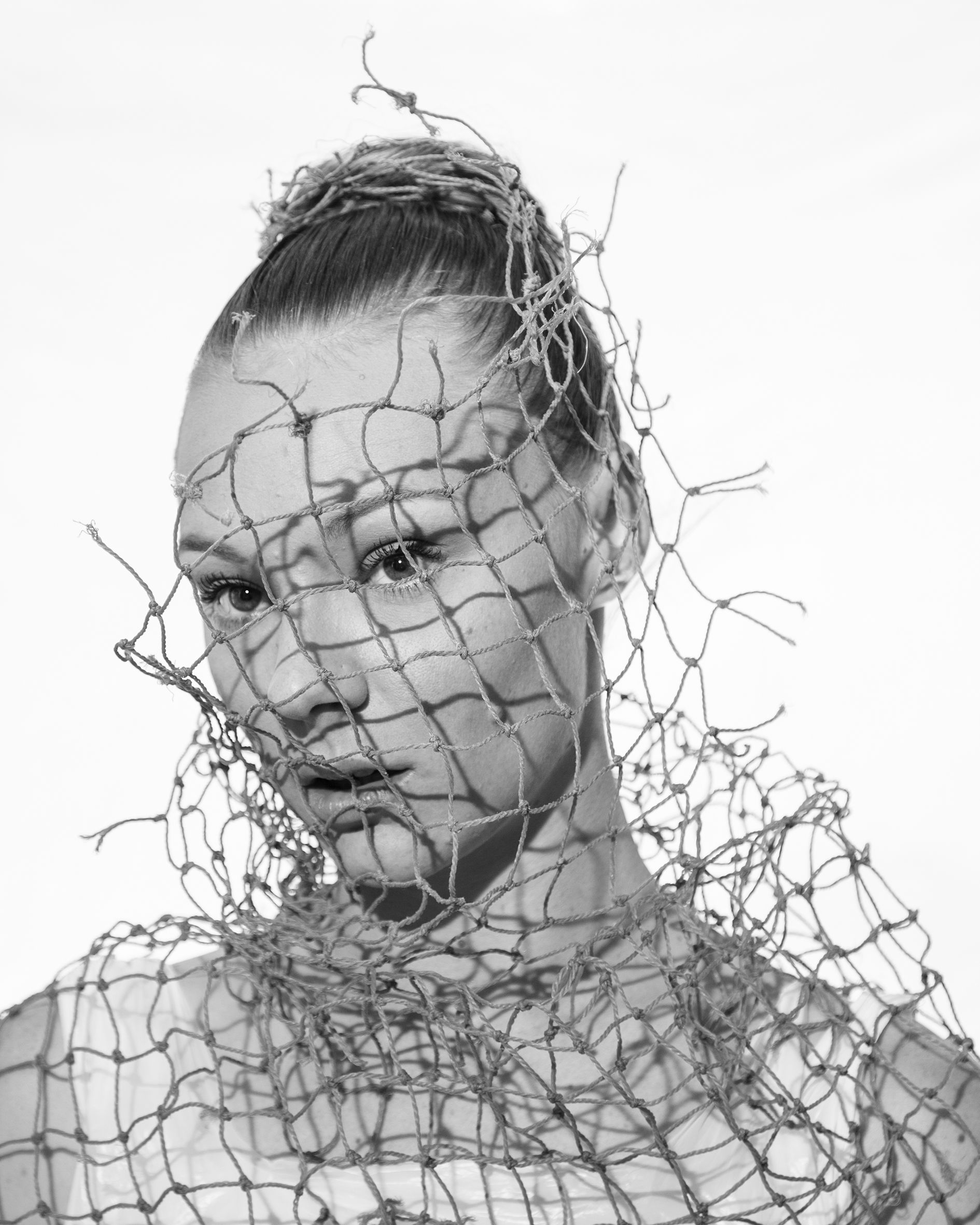